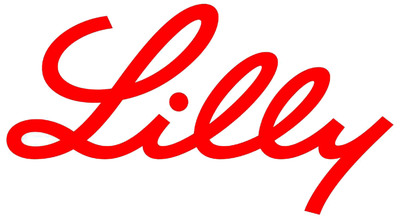 Donanemab is an investigational antibody that targets a modified form of beta amyloid plaque called N3pG. In ,  announced the (FDA) had granted Breakthrough Therapy designation for donanemab based on the Phase 2 data. No additional safety analyses were performed related to the presentations; for information on donanemab's safety profile, reference the previous publication.

"We are excited by these promising results, which provide further evidence on the potential for donanemab to slow disease progression for people with early symptomatic Alzheimer's disease," said , M.D., vice president of pain and neurodegeneration, . "Importantly, these data link the mechanism of action of donanemab, plaque clearance, with positive effects on both clinical outcomes and brain tau pathology."

In the first oral presentation, donanemab induced rapid amyloid plaque reduction at 24 weeks in participants with early symptomatic AD, with the most rapid clearance in subjects with the most severe plaque burden at baseline. The subset of participants who reached complete amyloid plaque clearance at 24 weeks (defined as an amyloid level of <24.1CL) were able to stop or reduce dosing of donanemab earlier than other patients. Among those who achieved complete amyloid plaque clearance at 24 weeks and had a blinded switch to placebo, an exposure-response model showed minimal amyloid re-accumulation over the next year.

"Notably, these data support the amyloid cascade hypothesis and suggest that amyloid-related tauopathy can be altered with donanemab's impact on plaque clearance. Furthermore, the data support that early and profound amyloid clearance may translate into clinical benefit for patients," said , senior medical director of neurodegeneration and co-author of the analysis.

About Donanemab
Donanemab is an investigational antibody that targets a modified form of beta amyloid plaque called N3pG. Results from a Phase 2 study of donanemab were announced and published earlier this year, and in announced the (FDA) had granted Breakthrough Therapy designation for donanemab based on the Phase 2 data. plans to submit a biologics license application (BLA) for donanemab under the accelerated approval pathway later this year.

About Alzheimer's Disease
Alzheimer's disease is a fatal illness that causes progressive decline in memory and other aspects of cognition. Dementia due to Alzheimer's disease is the most common form of dementia, accounting for 60 to 80 percent of all cases.1  There are currently over 50 million people living with dementia around the world, with numbers expected to increase to nearly 152 million by 2050.2 Almost 10 million new cases of dementia are diagnosed each year worldwide, implying one new case every 3 seconds, and a significant increase in the caregiving burden placed on society and families. In the US alone, there was an increase of 8 million new caregivers from 2015 to 2020.3 The current annual societal and economic cost of dementia is estimated at , an amount that is expected to double by 2030 unless we find a way to slow the disease.2

About Eli and Company
is a global healthcare leader that unites caring with discovery to make life better for people around the world. We were founded more than a century ago by a man committed to creating high-quality medicines that meet real needs, and today we remain true to that mission in all our work. Across the globe, employees work to discover and bring life-changing medicines to those who need them, improve the understanding and management of disease, and give back to communities through philanthropy and volunteerism. To learn more about , please visit us at lilly.com and lilly.com/newsroom. P-LLY

Cautionary Statement Regarding Forward-Looking Statements
This press release contains forward-looking statements (as that term is defined in the Private Securities Litigation Reform Act of 1995) about donanemab as a potential treatment for people with Alzheimer's disease and reflects 's current beliefs and expectations. However, as with any such undertaking, there are substantial risks and uncertainties in the process of drug research, development, and commercialization. Among other things, there is no guarantee that future study results will be consistent with study results to date, that donanemab will prove to be a safe and effective treatment for Alzheimer's disease, that donanemab will receive regulatory approval, that will realize the expected benefits of the collaboration, or that will execute its strategy as expected. For further discussion of these and other risks and uncertainties, see 's Form 10-K and Form 10-Q filings with the . Except as required by law, undertakes no duty to update forward-looking statements to reflect events after the date of this release.